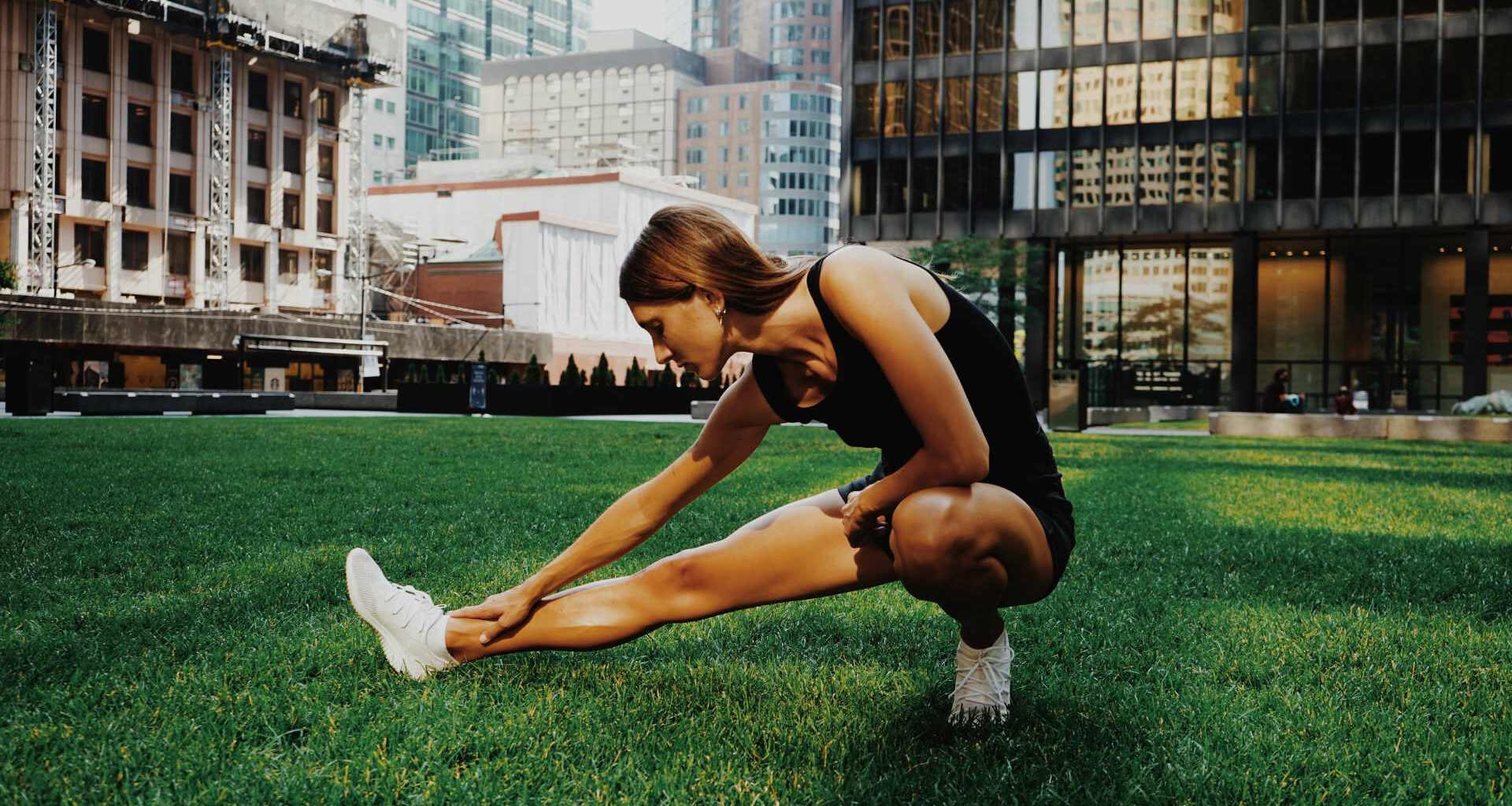 The Interline analyses the most vital fashion technology news. This week: fashion brands target a future defined by products as a gateway to services.

Connected services – and the customer data they generate – are a logical focus in an industry wrestling with how to make fewer and better products, without sacrificing margin. And the competition is heating up.

The first full week of the year is often a bit of a slow one for news. And this year that feeling has been exacerbated by COVID, which has put many in-person fashion shows back behind virtual bars for a second year running.

With CES unusually quiet as a result of the Omicron surge in the US (and in the UK and Europe as well), that show’s focus was also unusually narrow, concentrating on core technology like cars, chipsets, and displays, and leaving out some of the fringe applications that sometimes showcase new innovations in tech-adjacent markets like fashion.

But one headline this week had a lot more to say than its surface-level details might suggest. And what seems, at face value, to be a simple patent dispute between two athletic brands, could actually contain a lot of clues for how fashion intends to bring together some of the biggest trends of 2021 – consumer data, radical sustainability, integrated technology, and digital ownership – by unifying products and services in 2022 and beyond.

First, the headline itself. This week, news sources unveiled the filing of a lawsuit against Lululemon Athletica, by Nike, with the latter claiming that its Mirror product – a connected home fitness station, acquired by Lululemon in the purchase of its eponymous parent company in 2020 – infringes on several patents Nike holds that pertain to connectivity, social functionality, and encouragement / gamification in connected exercise equipment.

The Interline does not intend to comment on the validity of the suit, but it is noteworthy that Nike were, in a lot of ways, ahead of the game in connected fitness – an industry that has, understandably, exploded in popularity during the pandemic, when traditional, communal fitness (i.e. the humble gym) was off-limits to many. It introduced the Nike+ run tracking application – incorporating a physical shoe sensor and an application for analysis – more than fifteen years ago, predating the release of the first iPhone, and this service has since evolved into the Nike Run Club app and social network. So there is clear precedent here.

The question that does interest us, though – and the one that gives this news story much greater depth – is why now? Mirror, the company, had been in operation for two years prior to being acquired, and had drawn considerable attention from investors in that time. If the issue at hand was solely the existence of a product that infringed on those patents, this suit would perhaps have been better brought sooner.

Speaking at a broad, whole-industry level, though, the timing makes a great deal of sense. The threat is not a connected fitness product in isolation, but rather a connected fitness product as part of the ecosystem of a brand that is already well-established for selling fitness apparel and footwear. And as a consequence, the lines of competition here are being drawn not around connected services, but connected services combined with physical products that act as either on or off-ramps from those services.

By way of further example: speaking purely objectively, a logical target for a similar suit would be Peloton. As a business that has thrived – at least on paper – by selling fitness equipment that relies heavily on connected services and social elements, Peloton are doing almost exactly what Mirror did (and does under new ownership).

Practically speaking, though, Peloton is not competing as an apparel or sportswear brand with added fitness services. It is, instead, a fitness company that sells apparel only as a secondary consideration – one that has earned it its own infringement lawsuit, in fact, but for more prosaic IP and design reasons. And Peloton is also, notably, struggling to turn that model into a profitable one; where Lululemon’s stock remains high, Peloton fell short of its earnings targets by a full billion dollars before the holidays.

Some of this shortfall is due to simple timing. Peloton had the luxury of going public less than a year before COVID struck, and its share price has been subsequently buoyed by an army of new customers turning to home gym equipment – and especially connected home gym equipment that can be easily bought on finance. But the fall-off from that honeymoon period has been similarly steep. Some of which can be ascribed to people simply going back into gyms, or giving up on exercise the way we so often do, but a lot of which is down to the potentially unavoidable idea that a fitness service, absent a portfolio of fitness products to go with it, is just not sticky enough.

Which is a roudabout way of saying that, when it comes to the future of securing customer engagement and fostering greater lifetime value, the sweet spot is not likely to be in just products or simply services, but in the combination of the two.

At a global level, this is not a new idea: services are used in a variety of different industries to extend the value of products, to connect with consumers, to bring in their own revenue streams, and, over time, to sell more products. It is, famously, the playbook that Apple has followed under Tim Cook, to grow its value by 600% in a decade. Case in point: Apple’s own connected fitness service, Apple Fitness+, is tied to the Apple Watch and every Apple Watch comes with a three-month trial of Fitness+.

And this is the crux of where competition is fashion could be headed: the introduction of connected services that exist beyond products, but that use products as onramps to service subscriptions, and that, in turn, influence the consumer’s choice to buy more products from the same ecosystem. It is a self-reinforcing system of soft and hard touchpoints that, together, create opportunities for consumer retention, engagement, and upsell in a way that one or the other, in isolation, cannot hope to match.

Connected services also offer a uniquely potent way to gather customer data that the brand actually owns. Just today, Business Of Fashion published an incisive breakdown of the marketing metrics that will define brand and consumer relationships this year, and the ability for brands to gather data that they truly own – i.e. that is not a set of abstracted analytics, filtered through a third party social media platform – features prominently.

This, too, is not a new concept in other industries. Automative analysts focused last year on the tremendous added value that data from connected cars – which are analogous in some, but obviously not all, ways to garments and footwear – can bring to the automaker-to-driver relationship.

But while much of that analysis focuses on ongoing revenue and monetisation (which fashion brands are clearly interested in as well) there’s more to be uncovered in how selling the right combination of products and connected services could change brands’ fortunes.

Consider sustainability. And not the softer kind, where recycling ocean plastics is the goal; the more radical sort, where apparel, footwear, and accessories brands need to reckon with the idea that they might need to make the same amount of money (if not more) at the same time as making potentially much less product. One of the biggest unanswered questions facing fashion today is how to make a good margin, and secure a sustainable business, without dealing in volume.

This is an area where the unification of product and service could be transformative. As an athletic brand, you might only sell one pair of compression leggings where you used to sell two in the same timeframe, but if you can charge a higher initial price for better-quality leggings that integrate with a connected service – and then you can also charge a monthly fee for the service itself, not only do you come out even, you potentially emerge on top. And this is before were consider the onramp that those ready-connected products provide to the subscription service, and, in reverse, the upsell potential for products that the service creates – both of which are compelling ways to bring new customers into the brand lifestyle.

And finally, let’s think about digital ownership and identity. It’s not a coincidence that one of the major brands referenced in this feature also made a milestone acquisition of a digital fashion brand last year – digital services and digital self-expression go hand-in-hand. A service that is, today, built around a profile photo and a personal best, would logically, in the near future, be built around a digital avatar, dressed in brand-appropriate digital “drip,” and a personal best.

Indeed, it’s telling that the patent suit we’re discussing mentions competing with other athletes on social media. Reframe this for 2022 and beyond, and what it could really mean is comparing statistics and aesthetics with other athletes in a brand-owned digital world.

When 2021 drew to a close, a lot of people found themselves asking whether the fashion industry was heading down a forked path: digital down one road; physical along the other. Now that 2022 is underway, it’s already become clear that the wholly-owned services that connect those two extremes are going to be where the competition really starts to heat up.