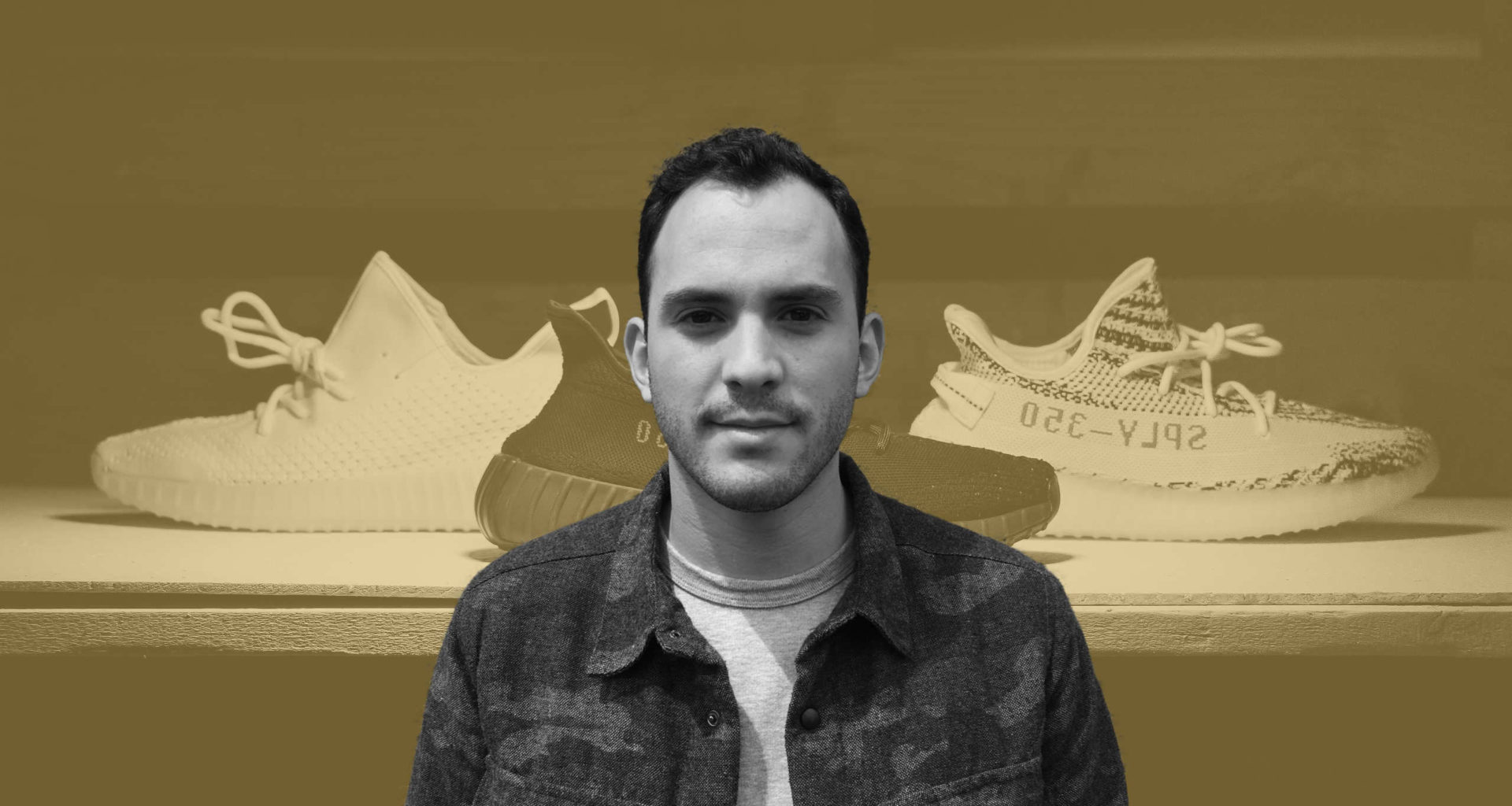 From hype to unbridled innovation, sneakers steer the fashion conversation. We talk to Cesar Idrobo of YEEZY about creativity and his search for technology that understands the craft.

Perhaps no other product type represents the bleeding edge of fashion better than sneakers. (“Trainers” for our UK readers). From hype cycles, drops, and celebrity collaborations to unbridled creativity and technical innovation, the humble running shoe now steers the conversation.

Named in the coffee table book The Art of Sneakers as one of the key creatives from “the Jordan generation,” Cesar Idrobo is a feted footwear designer whose work with Nike helped land him in the role as Head Pattern & Sample Maker for Kanye West’s disruptive YEEZY brand. Initially known for its sneaker collaborations with Adidas, YEEZY is now upending expectations across high-concept fashion and streetwear in its eighth season .

As part of our editorial focus on the technical side of 3D and digital product creation, Cesar spoke to The Interline about his creative process, his use of technology, and the need for software houses to truly understand the craft before proposing a solution.

The Interline: First things first, tell us about your history in design and patternmaking.  Where did you get your start?

Cesar Idrobo: It all started when I decided to pursue my industrial design studies at the Savannah College of Art and Design. Then, after my last senior project, which was a traveling bag that’s where the interest for accessories was triggered. A couple years later after being in the professional field, I went back to graduate school to deep dive into accessory design. That’s when I learned pattern making bags and footwear.

The Interline: What has been your experience of technology adoption in design and technical design? Are people quite wedded to their ways of working, or is there a widespread willingness to try new tools?

Cesar Idrobo: I learned to design during an interesting time. The iPhone and then later on iPad came into the picture as tools to visualise ideas and impacted the way we operate as creatives. Whether you want to stick to traditional ways or incorporate technology in your process; it’s up to you. As long as you get the work done and the idea across, I don’t see a “right” way to accomplish tasks. Right now you can either render an idea with markers, photoshop or an app on your iPad. However, there is a tendency of willingness to try new tools as the craft of creating and making evolves into new frontiers. I don’t mind the creation of new tools, which is an important aspect itself, as long as these tools don’t deviate us from creating good quality ideas.

The Interline: How have you used 3D in the past, and where do you feel its biggest value lies – in the link between simulation and underlying pattern, or in product visualisation for range-building, concept development, or even market testing?

Cesar Idrobo: I have used 3D in the past and the biggest value for me lies in product visualisation as well as some incorporated functionality. But I wouldn’t use it as a brainstorming tool because it requires a lot of time to create a 3D model. I would use 3D in the final stage of the design process once everything is defined.

The Interline: Do you see technology as more of an efficiency tool, or as way to obtain greater creative freedom – to experiment and innovate?  If it’s the latter, can you tell us what particular tools you use?

Cesar Idrobo: To me technology is another “brush tip”. Just like we have coloured pencils, water colours, pastels, etc. Technology is a medium. Yes, in some scenarios technology makes total sense from a productive stand point, but I don’t often see it as a tool that yields more creative freedom. The digital tools I use the most are the iPad and its applications.

The Interline: What trends do you feel are going to characterise the future of design and development for footwear and apparel?  YEEZY has quite a subversive model that’s at once seasonal and non-seasonal.  How does that kind of trend-leading calendar influence the way designers and pattern-makers work?

Cesar Idrobo: I think overall there will be a simplification of processes as well as the products being created. Also, a lot of aspects of design and development will be fused together in order to speed up the creation process of products. The way I prepare in a trend-leading brand is by making sure I set a space and tools to allow me to execute at a fast pace. I want to test ideas quick and dirty to ensure if we are going in a direction that relates to our vision.

The Interline: Finally, what would you like to see the developers of 3D, CAD, and other tools do to support the needs of creatives and technical creatives?

Cesar Idrobo: I hope everyone in the technology industry deep-dives into the craft of making clothes and footwear. By that I mean actually learning and working with your hands, and operating the machinery involved in the process of manufacturing clothes and footwear. Only that way would you be able to cater to creatives and identify breakthroughs where technology could excel. A clear example of a well-executed program I just started learning is Caligola: pattern making software, made by pattern makers. It’s been a positive and rewarding experience working with a program that understands the workflow and dynamics of the craft.

DDigital Asset Management
Read More
How the principles of cloud architecture and digital asset management could provide a template for a more futureproof model of production and fulfilment.
OOpinion
Read More
Department stores have been destinations for more than a century. Reimagining them digitally won't be easy, but it could offer entirely new opportunities.
WWorkshops and Events
Read More
Uncertainty is everywhere as retail reopens post-pandemic, and everything is open to re-evaluation. This workshop replay captures the retail recovery at a critical juncture.
33D - Technical
Read More
In an uncertain world, the importance of every in-person shopper interaction is at an all-time high. To stand out, physical retail experiences must be memorable and bespoke. Can commoditised technology keep up?
TThe New Era Of Sustainability
Read More
Sourcing patterns changed in the wake of COVID. Now the question is whether producing more sustainably, closer to home, is going to continue, or whether fashion is going to spring back to its old shape.
IInterviews
Read More
Consumer sentiment is one of the driving forces behind the demand for more sustainable fashion. But comparing brands like-for-like required a different approach to data gathering and discovery.