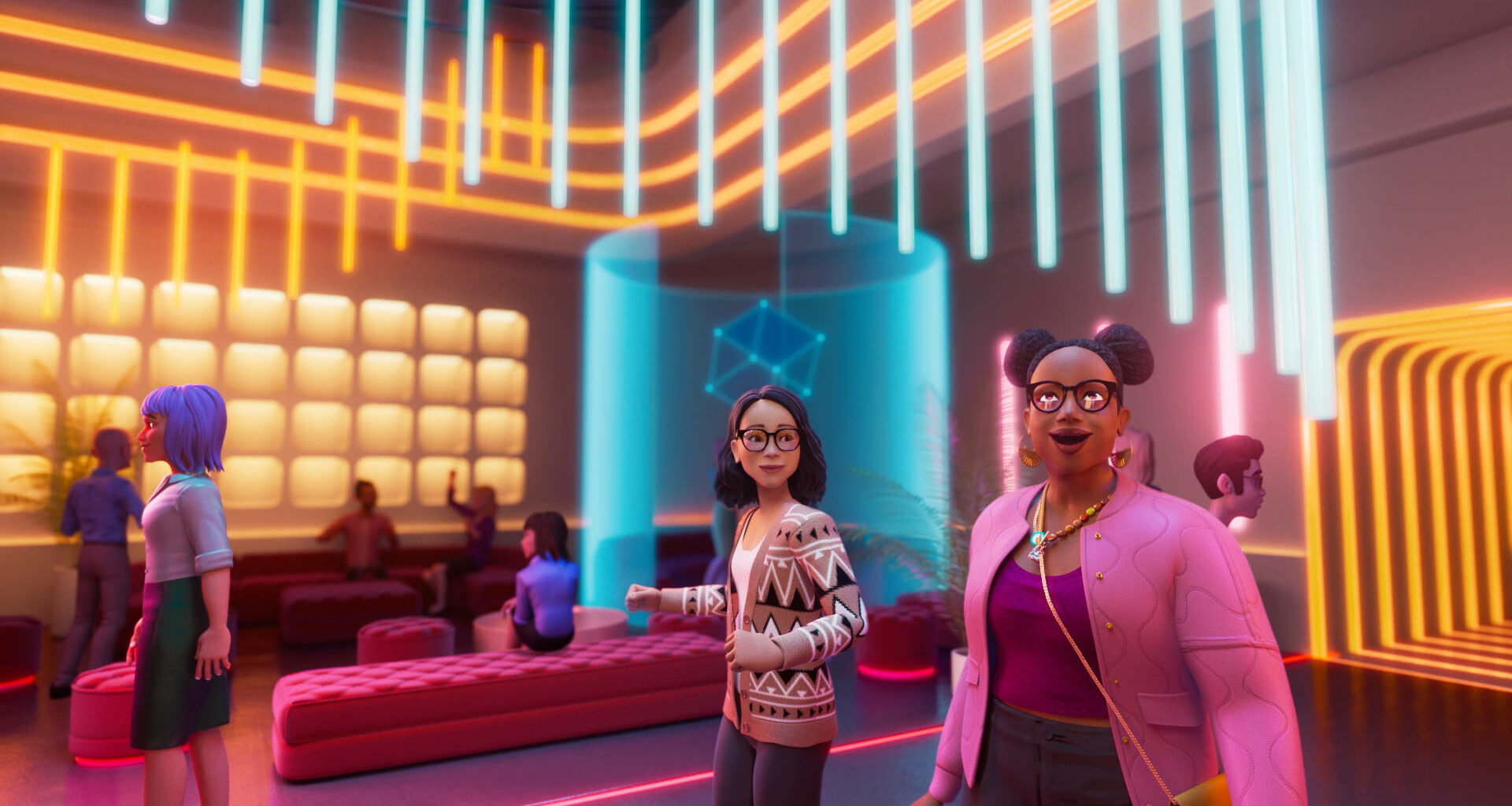 The Interline analyses the most vital fashion technology news. This week: beyond the Metaverse headlines, the right conditions for virtual fashion have existed for a while.

Have your say on the future of fashion.

It’s no secret that this is a pivotal time for the fashion industry – from a technology adoption and innovation point of view, and more generally. From how brands approach creative design, to how the industry will gather, communicate, and collaborate post-COVID, there are a lot of open questions as we near the end of 2021.

So this week and next, we invite readers of The Interline to take part in an industry-wide survey designed to capture what different players in fashion – from brands to technology vendors – see coming over the horizon for the industry.

In exchange for less than 5 minutes of your time, our partner Informa Markets – organisers of some of fashion’s biggest landmark events – will include your voice in their 2021 Insights, and you’ll also be eligible to win a $1,000 VISA gift card. Take part here.

Look for more opportunities to share your opinion and influence the future of the industry throughout 2022, but with this year drawing to a close, the time to be heard is now!

Beyond the Metaverse headlines, the world has been making an easy case for virtual fashion for a while.

It has been difficult to avoid the word “Meta” over the last week – not least because Facebook, at least in its parent company, umbrella form, rebranded to that word as part of its (admittedly impressive in scale) initiative to become the dominant force in the Metaverse.

As you might expect, that name change drew attention far beyond the usual circle of devotees, and led to a lot of questions about what the Metaverse actually is. That’s a definition that’s been run into the ground elsewhere – including here on The Interline – and not one we’ll rehearse, but it has been interesting to see how the term has rapidly spread into the broader public consciousness after being confined to enthusiast and developer circles for most of 2021.

For those two different audiences, this past week has also brought a lot of additional comment, context, and analysis. In partnership with most of the big names in digital fashion, BoF released a new Insights report that examines the case for fashion brands targeting digital end products as a new revenue stream and, potentially, the foundation of an entirely new business model.

Alongside a lot in the way of more detailed information, that report tackles what The Interline also sees as the fundamental question when it comes to digital fashion: is the current fascination a transient phase caused by a global pandemic that forced us all to interact digitally more than we ever had before? Or is it a viable long-term opportunity caused by a lasting change?

In the case of the company formerly known as Facebook, the answer to that question is a technical one. In an interview with The Verge, Meta’s Reality Labs lead, Andrew Bosworth, is quoted as saying:

“I feel like we’re at a privileged point in history, because the magnitude of technological shift that we are trying to manifest here hasn’t been attempted in a long time.”

This is a telling answer, because it treats the Metaverse concept – and all the attendant questions around what it means to dress digitally – as something inevitable because it’s technically possible. In The Interline‘s opinion, this is emblematic of the way a lot of technology companies have chosen to approach mixed reality, virtual reality, and real-time interactivity: as tools that have to exist because they can, and tools that it’s now beholden on brands to take in-hand and create new consumer experiences with.

This is how Snap has approached its push towards AR, setting up a dedicated agency and a range of other initiatives designed to demonstrate to brands what can be done by layering digital assets on top of the physical world. And while the Metaverse is not a mingling of physical and digital in the same way as AR (the “embodied internet” is how Mark Zuckerberg and others have chosen to describe it), many of the same principles apply to how its possibilities are being positioned for brands to take advantage of.

And this is, in fairness, a rational approach. Numerous brands – including some of the planet’s biggest and best-known – are poised to announce Metaverse projects in the form of the sale of digital garments, footwear, and accessories, which suggests that the technology itself has been the trigger.

Approaching the question of whether the Metaverse has “legs” – to put it as glibly as possible – this way ignores a much more foundational truth than the technology being ready: people want their digital representations to look good, and entire industries and complex economies have already been built on that principle. It’s become trite to roll out the video game cosmetics / skins market as a template for how digital fashion might progress, but the reality could truly be that simple: give people an opportunity to create a virtual representation of themselves, and they will instinctively care about how it looks and what it wears.

Take this week’s announcement that Microsoft would be adding its Mesh project into Teams, allowing people who are fatigued by video calls to instead deploy a customisable avatar to stand in for them. Naturally, even enterprise users are likely to want to have some degree of choice in the clothing, hairstyle, and cosmetics applied to their avatars, and when we consider that essentially every chat and conferencing application has, sooner or later, monetised background effects, stickers, reactions, and other aesthetic accessories, it’s not hard to see how the same approach will emerge organically here.

This is not to say that The Interline is against a deeper analysis of the forces at work in the Metaverse and in digital fashion – indeed there’s much more to come from us and a roster of key partners before the end of the year on this exact subject. But we do believe that the question of whether the digital fashion has a future was answered a long time ago; the world wants digital fashion because people care about how they look in partly or wholly digital scenarios, and there are more of those around us today than ever before.

From a demand perspective, digital fashion needn’t be more complicated than that. From a technological perspective, though, it’s all still in play.

Q4 events hosted by The Interline:

In the last quarter of 2021, The Interline is involved in a series of exciting industry events – both in-person and virtual.

In late October, our Editor-in-Chief, Ben Hanson, moderated a fashion-focused panel discussion at Gerber Technology (a Lectra company)’s annual ideation event, with speakers from Carhartt, Project DXM, the AAPN, and Gerber itself.

A complete report on that event will be published soon. With a remit that covered everything from digital product creation to the practicalities of producing on-demand, there’s a lot to talk about!

First, from 16th to 19th November, he will lead a conversation focused on digital materials at The World Digital Textile Forum. With adoption of digital product creation tools and workflows accelerated by the pandemic, many brands and suppliers are now encountering challenges and opportunities around the digitisation of fabrics in a way that’s suitable for use in a range of 3D and interactive applications.

This live, virtual event will examine different approaches to material digitisation and digital product creation, looking for the best ways to bring together digital fabrics and their physical counterparts.

Ben will also be joined on the speaker roster by our board advisor, Mark Harrop, as well as speakers from Browzwear, Vizoo, Frontier.Cool, So Real Digital Twins, Virtuality.Fashion and many more. Registrations are open today.

Then, at the end of the month (from 29th November until 1st December) Ben will be leading a multi-disciplinary panel discussion at the first Exthereal virtual conference, which is free to register for and attend.

Putting questions to panellists from Accenture, DRESSX, Microsoft, Hugo Boss, and Epic Games, Ben will lead a discussion focused on the future of fashion in all its forms – digital and physical.

Finally, Ben will also be hosting an executive roundtable discussion around 3D and digital product creation for UK retailers on 7th December. Created by Optitex and a range of technology partners, the invite-only physical event will bring together a full suite of software and solution companies who are working together to enable a complete digital workflow that can extend the value of 3D far beyond the discrete use cases that have characterised a lot of implementations to date.

Around the same table as those technology players will be senior representatives from major UK brands and retailers, making this a uniquely influential conversation for the future of 3D in The Interline’s home country.

Look for more insights from each of these events soon.