Fashion progresses in tandem with technological trends, and the proliferation of social media platforms has arguably been the most impactful technological trend of the 2000s. The transition from dial-up internet to Web 2.0 facilitated the birth of internet blogging, allowing fashion fanatics to showcase their own style as well as enter forums to discuss it. Lovers of music, fashion and culture now had one stop shop domains to indulge in their passions, unfettered by the constraints of limited magazine stockists or one dimensional publications.

Whilst the ‘90s were firmly dominated by magazines, dazzling red carpet looks and a glitz and glamour that situated the industry as something aspirational, the 2000s blogosphere was to be punctuated by inclusivity and accessibility. Behemoth streetwear platforms HYPEBEAST and Highsnobiety (founded by Kevin Ma and David Fischer respectively) both started as online blogs in 2005. This was the beginning of a democratisation of fashion curation, that ripped authority from gate-keepers reluctant to move with the times and bestowed tastemaker status onto bedroom bound bloggers.

Fashion’s eco-system was to become more complicated than publications simply showcasing what designers were already creating. The clout attached with an established online blog now meant that bloggers had a ready made consumer base before deciding to start a brand. In 2008 an online blog covering the fashion, music, style and African influences of three young friends in Amsterdam, called Daily Paper, gained enough traction to give them the confidence to release 5 branded t-shirts. Today the brand is worth €30 million and boasts flagship stores in Amsterdam, Soho and New York. With the increased traction social media visibility can afford, individual fashion bloggers have also commodified their online reputations to pedal their collections to their followers. This sometimes comes with fantastic results that are objectively solid collections, like those of Dany Dos Santos’ Drôle De Monsieur brand. Proudly sported by fans of his outfit focused instagram page alkarus.

Social media platforms acting as the proving ground for what is on trend is perhaps best exemplified by the rise of Virgil Abloh. Louis Vuitton’s late artistic director came to cult prominence after his inaugural brand Pyrex Vision was popularised on Tumblr by internet cool kids A$AP Mob. Tumblr’s “reblogging” feature would allow users to instantly repost images from their dashboard onto their own blog. The platform’s format essentially encouraged users to share content, which was perfect for creatives trying to reach new audiences. This was integral to A$AP Mob’s ascent in the first place. Speaking to Pigeons and Planes A$AP Mob’s frontman, A$AP Rocky, shared that the group’s founder, A$AP Yams, was one of the first to use viral marketing as a legitimate business practice: “He would sneak our stuff in there and they ain’t even know he had affiliation with me or nothing… His Tumblr used to get reblogged a lot, by OnSmash, DatPiff back in the days, sometimes even The Source would repost”.

One of the more defining aspects of Tumblr was the “notes” feature. As well as reblogs, posts could also be liked and commented on. The numeral accumulation of all these three modes of interactions (or notes) was showcased below posts. This meant that all posts had a numerical value attributed to them. This would be something of a precursor to the interaction obsessed market research that brands employ today. The numeration of interaction being on display, would serve to commodify online interaction. For brands today, online social currency is a very real phenomenon and crucial to their marketing strategies.

In 2020 Forbes reported: “Social currency is basically “influence currency.” There’s a monetary value to a brand’s followers, likes, comments, shares and views. It is the extent to which people basically share the brand information — or lifestyle, for those influencers who share part of their everyday lives.”

Adhering to the consumer landscape, set about by social media’s explosion, is crucial to a brand’s survival. Where a large advertising budget would have once guaranteed success, manufacturing an actual connection with potential consumers and maintaining cultural relevance is now equally important. With Forbes also stating:

“If a business could afford a huge ad campaign, then it wasn’t hard to make a solid profit, as they wouldn’t have many competitors that could afford such a huge marketing budget.

This shift would bring about the emergence of the social media influencer. A characteristically manufactured response to the authenticity of the blogosphere and the street arbitration of cool that defined it. Statista reports that the global influencer market size doubled between 2019 to 2021, with the market valued at a record $13.8bn in 2021. The centrality of the importance of influencers is further exemplified by the success of influencer marketing agencies. Vogue Business reported that London based talent and creative agency EYC Limited recorded £1.25m in sales in 2021 and expects to hit £2m this year. The agency rose to prominence after signing Leo Mandella, an Instagram influencer who gained traction on Instagram posting outfit photos and also sharing them via a streetwear focused Facebook group called The Basement, which operates in the vein of the fashion forums of the early 2000s. The agency’s CEO, Cora Delaney, cites her focusing on her signings having talents beyond styling outfits, as the key to their success. For the social media influencers created in the wake of Web 2.0, a personality or public persona is a commodifiable asset.

Social media’s relationship with fashion has impacted fashion consumers just as much as labels. Social media influencers’ impact on impressionable teenagers is particularly well documented. As well as the gamification of likes compromising the authenticity of content creation, online media accounts essentially becoming businesses has predictably led to influencers sanitising their online personas and editing their photos to the point of deception. The unrealistic bodily standards perpetuated through social media platforms have even led some governments to take action. Last year Norway passed an amendment to their marketing act stating that online influencers be banned from being paid to post edited photos of themselves, without also declaring what edits have taken place.

The conveyor belt nature of social media content has also strengthened the fast fashion market. The regularity of influencers and celebrities pumping out content has in turn upped the pressure on adoring fans to keep up. Seasonal fashion shows dictating trends for a few months have been replaced by weekly, if not daily posts from their social media faves. For many, any meaningful participation in luxury fashion trends was less attainable due to cost in the ‘90s. Whilst this was economically exclusionary, the modern day antidote of fast fashion (where brands make cheaper replica iterations of viral celebrity outfits and catwalk looks) is terrible for the environment. Garment life cycles have minimised due to clothes becoming obsolete beyond the window of internet virality, leading to more clothes in landfill.

This perceived democratisation of fashion that Web 2.0 has afforded, is not without its pitfalls. As Web 3.0 beckons it is important to take stock of some of Web 2.0’s more unsavoury impacts on the fashion industry. In this way, we might mitigate their Web 3.0 equivalents becoming entrenched in our daily lives, as the technology inevitably does. Being cognisant of these issues could also serve as an opportunity to utilise Web 3.0’s features and actually undo some of the negative byproducts on the current fashion sphere. I spoke to Vincenzo Borrelli, Private Client Stylist at luxury fashion marketplace Farfetch, Director of Digital Marketing, Namachenko and Creative Consultant at HEAT and an avid gamer who live streams on Twitch (a video live streaming service that focuses on video game live streaming) on how he sees the relationship between fashion and technology evolving as we venture into Web 3.0.

Web 3.0, the third generation of the internet, is characterised by features like AI, VR, 3D graphics and general immersion, as the realms of the physical and digital become more intertwined. The phrase ‘phygital reality’ has been coined to express this blurring. The sharp rise in the popularity of eSports over the 2010s is symptomatic of people’s excitement at the prospect of inserting themselves into the digital realm. Brands are seeing the opportunity to capitalise, with adidas’ sold out collection with Twitch streamer Ninja, Lacoste’s collaboration with Minecraft and Gucci’s eSports academy bearing testament to that. “Gaming and clothes becoming one, I think you have to look at where that started. If we stereotype the nerd and the gamer, that stereotype is going away pretty quickly…I think that whole stigma is going away. The gamer started off behind and is now catching up to what it should’ve always been” says Vincenzo. The cynical among us might think that fashion’s newfound proximity to gaming reeks of a willingness of brands to attach themselves to anything that will help them move product. That may be the case, but Vincenzo suggests that the validation being “in style” brand affiliation brings to any culture might help us challenge our perceptions of said cultures.

When we consider that social media influencers commercialise their online persona, and that consumers (particularly young teens) feel pressured to adhere to trends, it feels inevitable that Web 3.0’s new technological affordances will encourage users to become fixated with all aspects of their online presence. The popularisation of Fortnite skins (in-game clothes) has even sparked brands like Chinatown Market to create solely in-game clothes available for purchase. Asked whether fashion entering more spaces is cause for concern Vincenzo responds, “I would imagine with a lot of these games when you acquire a skin you can straight up buy things there’s another topic I feel that’s important to bring up and that’s loop boxes. The gambling element almost.” Continuing, “That could push people into the mindset of I’ve gotta get the new thing, I’ve gotta get the new thing”.

For brands Vincenzo thinks they have a responsibility to respond to this by really critiquing what they put into the phygital space. “There needs to be a responsibility from people putting things out there…I’m really into my designer brands for the sake of longevity, you know? Investment pieces.” Continuing, “The focal point needs to be on the product itself rather than the selling of the product”. This is telling. Brands will naturally have to adapt to the marketplace, but that shouldn’t shape what they bring to market. Vincenzo also cites the opportunity for revenue generated in the phygital space to be used to counter some of the physical world’s most problematic byproducts of fashion. “If you’re buying a skin in a game where you can look like x,y and z the businesses can put some of that money into helping the downsides of overconsumption” going on to theorise that if Gucci were to make a League of Legends skin, some profit could be allocated to research in garment worker conditions.

Undoubtedly, our sense of self is set to become harder to differentiate from our online persona. The vehicle through which we access the online world is technology, which is ultimately a product. Sold to us by tech companies whose motivation is profit. As such, Web 3.0 welcomes with it the reality that products are increasingly our means for interacting with the world. Where consumerism is foundational to personhood and human expression, fanatical consumption is the likely outcome. Brands will continue to strive for relevance by tailoring their marketing to emerging technology. If we want to uphold the integrity of fashion as a discipline with value beyond corporate profit, the onus falls on us to be cognisant of how the technology we use might make us vulnerable. As consumers, it is up to us to be increasingly analytical about if what we are are being pedalled is organic and stimulates us beyond the promise of a few likes.

Martyn Ewoma is a creative director, photographer, writer and stylist. His work focuses on the intersections of culture, politics, fashion and sport and has worked with world leading brands and publications including adidas, Nike, Beats, The Guardian, BBC and more. 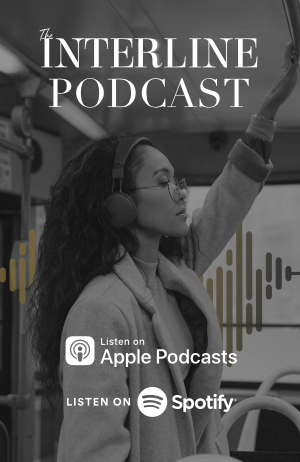