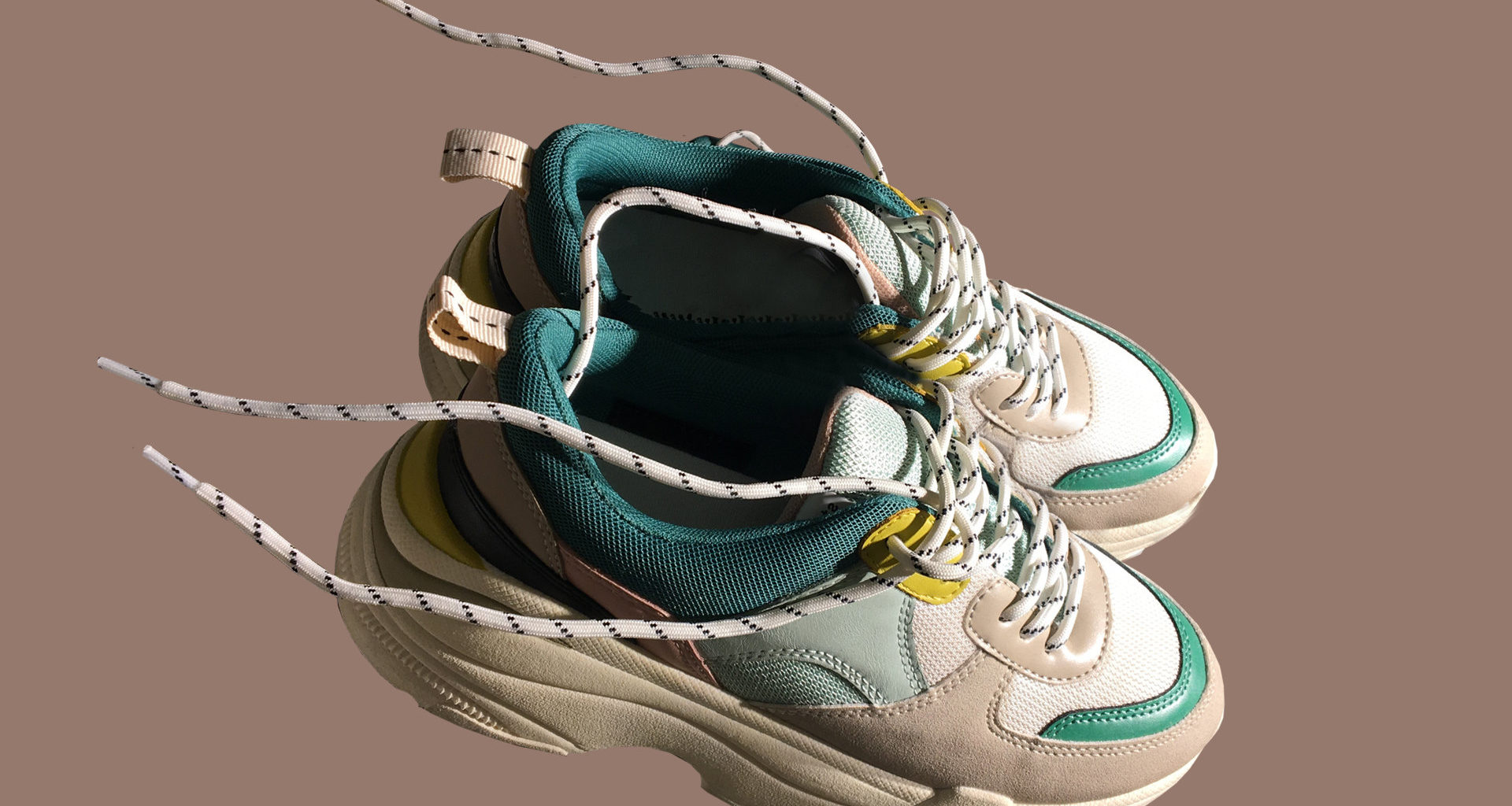 Retooling: Why The Future Of Footwear Is Digital

The footwear industry has been at the forefront of 3D, but it still faces a difficult question: whether to design and engineer in 3D and visualise after, or to take the opposite approach.

We have all seen fantastic images, videos, renders, animations of various products in different settings that have been created in the world of CGI. But how did they get there? Was the virtual product created as a fully engineered model that was then rendered, or was it created from the outset to be a virtual product?

This may sound like an unimportant question when what matters is the end result, but it’s actually one of the most foundational choices a brand will make when they’re deciding how to approach digital product creation.  And the way they answer it will have major implications further down the line.

In the past, CAD systems evolved from a need to engineer products – that is to create patterns, to design and develop tooling, and to grade to the sizes required. In parallel with this was the recognition that document version control, standardised parts and data management were also needed. In footwear, even if 3D was used, it seems there was little need to create a rendered image as the industry was geared up to create product samples – and the expectation from design, product and marketing teams was therefore to make decisions based on real samples. We should also remember the fact that computer hardware through the 80’s, 90’s was limited and very expensive and the software at the same time didn’t do a great job of rendering – with the exception of some high-end applications that were not typically used for footwear or apparel.

Fast forward to today. Covid lockdowns have changed the way we live, shop and relax. Consumers are used to almost seamless integration between the real and virtual worlds, whether in films, social media, advertising or shopping. Brands that have not adapted quickly are losing market share.

The result of this is the need to bring more products to market, faster and with less overhead – and to engage a consumer that’s accustomed to interacting with (and paying for) digital items. This is the perfect situation for virtual products to thrive – either as digital fashion, which is a subject we’ll tackle another time, or as digital twins of physical products still in production, allowing the brand to showcase a shoe before any examples of it are held in inventory.

Or at least that’s the vision.

The reality is often different. The time, effort and cost to build multiple digital twins – whether they are fully engineered or intended for visualisation purposes only is still relatively large. Combine this with what are in many cases disjointed development supply chains, and it becomes apparent why digital twins vary so much in their creation and adoption. This goes back to the original question; does the average brand need to build a fully engineered virtual product to generate the visuals they use for in-house and consumer-facing applications or should they build a visual model that then needs to be reverse engineered to enter production?

Critically, which route should you take – assuming you’re a brand that has seen digital product creation rapidly ascend the priority list over the last twelve months?

There is no single ‘correct’ answer, just as there is no single “average” brand. Each approach has its own pros, cons and nuances, and deciding which route to take is, in my experience, a question of history (and in-house talent and attitudes) as much as it is one of future ambition.

Companies that adopted CAD systems early will likely have been dealing with engineering-quality data for years – data which is then used for manufacturing, probably accompanied by a bill of materials, sometimes with a bill of labour attached, and maybe with production plans and a sequence of operations. From this comes a full product costing, assembled from a digital twin that’s engineering-focused, as well some kind of visual representation used for internal meetings, line reviews and so on.

From one perspective, these kinds of organisations would be considered “ahead” in digital product creation, but in reality their legacy often works the opposite way.  For a company like this, by the time a virtual product is close to being finalised, many iterations of traditional samples will have been made, and all key decisions taken on ‘real’ development samples. With so many years practice producing real samples, and using them to inform critical decisions, these types of brands have become adept at maximising efficiencies in what is a very inefficient process; in terms of time, cost, effort, shipping, material waste, emissions, and more. Very often they simply ask for another sample because they can, not because they need to.

In this context the virtual product could be considered a by-product of the engineering process, so while these kinds of organisations are creating significant volumes of digital products, they are layering digital assets on top of traditional physical-first workflows.

There are significant benefits to working this way, though.  By building an engineered model first, the brand can know the product’s cost before the virtual product is complete, it can guarantee that no major differences exist between real and virtual, it can quickly make revisions and refresh costings and tooling data, and it becomes easier to hold all key data pertaining to a style in one system or a series of integrated systems. And with a full set of product data available, production can in theory be distributed across many factories quickly and easily to balance sourcing needs and other external factors.

The downsides to this approach are the time, effort and cost of producing these 3D models, when in many cases they will be discarded through the development process – especially if the brand does not put in the additional effort to polish, reinterpret, and render them for downstream consumer use. And if the brand contracts out development and production to third parties, there is a huge temptation to simply throw the problem over the fence and continue to order multiple iterations of real samples through the development phase, rather than using a digital twin as a canvas for refinement. This is especially true if the sub-contract factory includes sampling costs as part of the overhead of production, since that commercial model lends itself to perpetuating the traditional way of thinking.

So, to summarise, brands that build engineered physical samples first and then use 3D to visualise them later are safeguarding what they see as the unmatched accuracy of the sample-iterate-re-sample cycle, but are allocating time and resources to the creation of digital assets that have very short lifespans and limited value.

From the alternate perspective, modern software does allow good quality virtual models to be created quickly and therefore with minimal cost. A simple model that can be used to check proportions, key design elements and even material choices can be created in an hour or two, with iterations of the original being much quicker. While these are certainly not engineered models, they will be serviceable for rapid decision-making, and they can dramatically reduce the expense of producing early physical samples and shipping them between continents.

Crucially, though, in these cases the production factories will need to re-engineer (or in fact engineer from scratch) the models for production. This potentially negates the time saved from making quick decisions by adding that time (and potentially more) into the development and commercialisation lead times.

So, once the products are fully engineered and put into production there are likely to be differences between the virtual model and the production version. If we then wish to use the virtual model for consumer or marketing purposes, the differences may be too great – bringing about the need to now reverse engineer another virtual model from the real production shoe. This does not mean that the time spent creating the earlier digital model was wasted – it allowed the brand to eliminate extra samples and slash the environmental impact of the style – but neither is that model suitable for long-term use, either in-house or downstream.

One aspect that both approaches will share is the necessity to involve a number of different systems, file types and software due to the breadth of disciplines covered. From 3D solid and surface data, to material/fabric information, images, renders, costings, bills of material, labour, and more.

And when we begin to factor in the discrepancies between the production processes of different supply chain partners, the range of different systems and ways of working becomes even wider.

While consumers are used to almost seamless integration between the real and virtual worlds, and will happily interact with both real and virtual and make purchasing decisions from either type, the same cannot be said for the people who create footwear (or apparel). In my experience, often the blockers to adoption of more digital ways of working come from within the industry, because people have become so used to touching and feeling products, and needing them in-hand to make decisions. If we believe the way to build a better business is to respond more quickly and accurately to consumer needs, this needs to change, and as product designers and developers, I believe it is incumbent on us to use the best tools for the job.

Ross Authers is an experienced footwear professional and engineer. His career has seen him fill onshore and offshore roles in production, R&D, and management, and he has implemented global business plans for major footwear brands.

DDigital Design & Development
Read More
We talk to SO REAL about how cross-industry innovation promises to help automate the creation of digital twins for fashion - at scale, and at speed.
33D - Technical
Read More
The basis for a clean and lean 3D process are the proper assets, the right tools and a good infrastructure to connect it all. Vizoo explains how.
OOpinion
Read More
Department stores have been destinations for more than a century. Reimagining them digitally won't be easy, but it could offer entirely new opportunities.
33D - Technical
Read More
The COVID-19 crisis has kicked the digital transformation of the footwear sector into high gear. We speak to Romans CAD about 3D footwear design and the on-demand future.
IInterviews
Read More
After our April - May focus on 3D, the conversation has advanced for several brands and retailers. Beyond 3D modelling we enter the domain of digital materials, where standardisation and interoperability are the hottest topics.
33D - Technical
Read More
The Interline talks to Ewelina Barlak, a red carpet patternmaker, about how 3D is being used in the highest echelons of fashion.