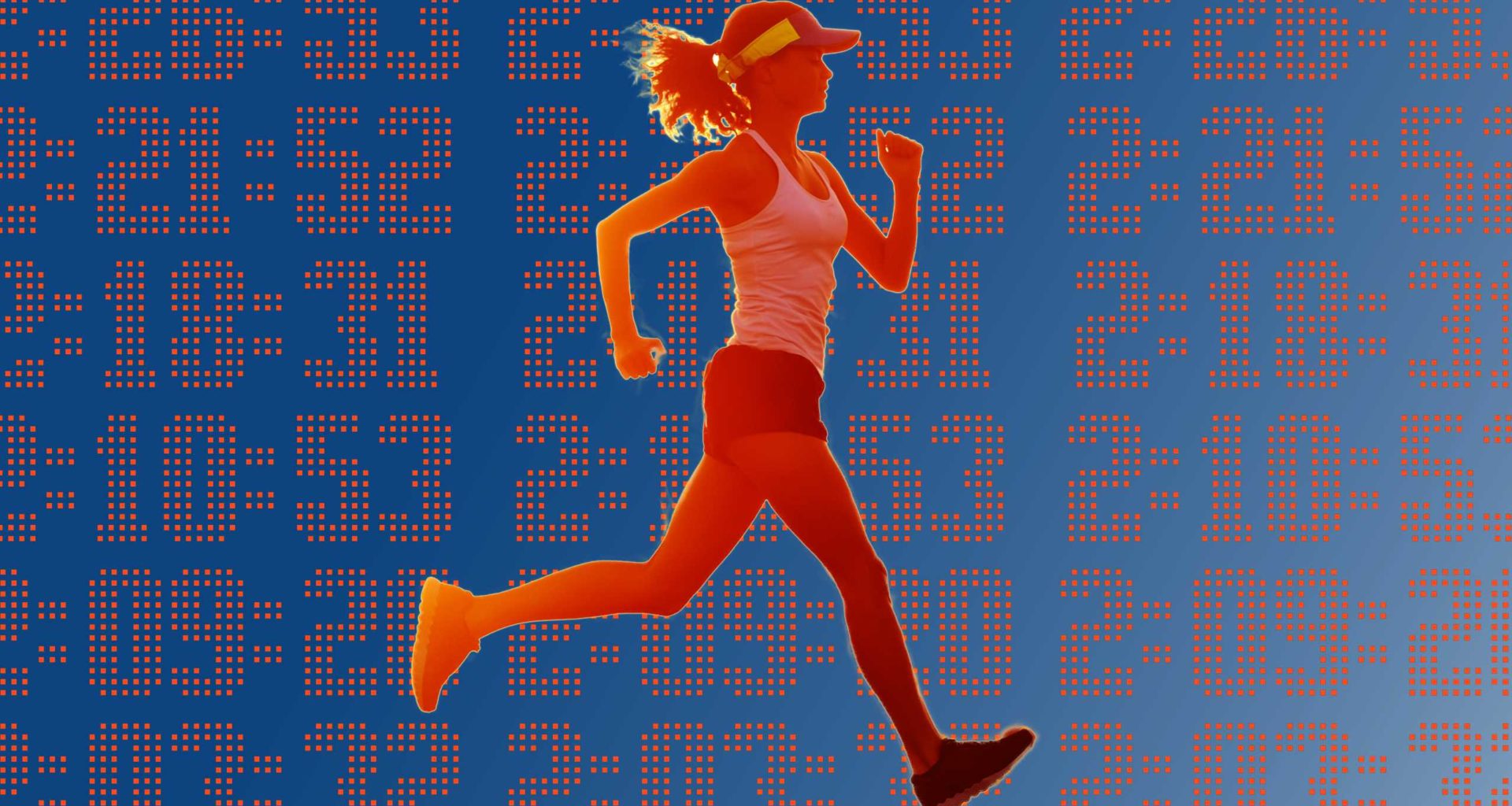 Technical Innovation In Sportswear: The Controversy

Nike claims that the Vaporfly shoe allows runners to improve their times by up to 4% . Governing bodies are unhappy. Is technical innovation outpacing regulation?

Ever since clothing and footwear became commercialised there have been aggressive improvements to their production lifecycles and quality – often driven by technology. As they have grown, the clothing and footwear industries have encountered numerous challenges such as improving sustainability – which has become an ever-increasing issue, especially with the recent upsurge in public pressure on big corporations – that they have tried to overcome with technology. But if sustainability is big news, one of the lesser-known controversies affecting the industry is how technical innovation is disrupting the world of competitive sports.

Put simply: new fabrics, construction techniques, and materials can win races. More than that: they can give athletes what is seen as an unfair competitive edge; there are garments and footwear that have been so advanced that the people using them were accused of partaking in mechanical or technological doping. The term has often been associated with cycling after controversy at the 2010 Tour of Flanders race – when a competitor was accused of having a hidden electric motor in their bicycle – but arguably the biggest splash fashion technology made on the sporting world was the introduction of the Speedo LZR Racer.

The LZR Racer is a swimsuit that was designed by Speedo in collaboration with NASA. While this may seem like an unlikely partnership, Speedo and NASA are both in a constant struggle against one force: drag. As a swimmer passes through water, viscous drag slows them down much like air against a race car, so being as streamlined as possible is essential.

The material that Speedo employed, dubbed LZR Pulse, succeeded in reducing drag but also efficiently repelled water, further reducing drag – all while maintaining the fabric at a light weight. The design of the suits was, of course, not limited to the material, each individual part of the suit had to be combined to create the finished product. Suits were regularly sewn together and testing the drag of the suits using sewn seams provided Speedo and NASA with a baseline to see if they could improve upon the construction of the garment.

After multiple cycles of iteration and improvement, the end product used ultrasonic welding as appose to traditional seams, reducing drag by 6% and providing the garment with a futuristic look which wouldn’t be out of place in a NASA laboratory. As sold, the LZR Racer suit ended up reducing drag by 24% when compared with Speedos next in line suit, while the design of the suit (in which experts in kinesiology were consulted) also helped to maintain the ideal posture for the athletes.

During the suit’s first showing at the 2008 Beijing Olympics, 65 Olympic swimming records were broken. 25 of those were world records. Out of these 25 records, 23 were set using the LZR Racer suit. As fashion often imitates nature, so do garments in sport, the LZR Racer suit was compared by the media to shark skin – as the suits covered the majority of the swimmer’s body, helping them glide through the water. Following the Olympics, further records were broken in the suit, making it essential for every competitive swimmer to wear, and reframing what it meant to break a record.

The International Swimming Federation was forced to take action. They introduced new rulings which stated that suits could no longer cover such large portions of the athlete’s body, and that the suit must be made from a textile, unlike the polyurethane used for the LZR Racer. Many believed this to be a step in the right direction, putting the focus back on the athlete and their training, rather than what suit they wore in the race.

But the pursuit of technical innovation never ends. The sportswear we have access to as consumers is the result of tireless, constant R&D efforts by brands whose first-stage users are the planet’s fastest, fittest, and strongest people. And those efforts are keeping sporting bodies on their feet.

One of the more recent controversies has come in the form of Nike’s new developments included within the Vaporfly shoe which was used by Eliud Kipchoge to beat the world record for the marathon by over 1 minute and run an unofficial marathon in under 2 hours the following year – a world first.

Nike claims that the Vaporfly shoe allows runners to improve their times by up to 4% due to improved energy return. One of the key additions to the shoe is the ZoomX foam made from a tough but flexible Pebax thermoplastic polymer. The designers of the shoe have stated this new foam provides an energy return of 85% compared to 60% offered by Nike’s previous models.

Support is provided by a novel carbon fibre plate which spans the length of the shoe. This plate offers exceptional support for the runner while keeping the overall weight to a minimum. The prototype shoe that Kipchoge ran in during his 1H:59M marathon included 3 carbon plates which offered further support towards the front of the shoe – which is the main contact point between the foot and the road during each pace. The shoe also included 2 of the iconic Nike air bubbles popularised by the Air Max line. The upper of the Vaporfly has taken a step away for the iconic Flyknit what has been popular in recent years and now includes Vapourweave, a lightweight water-resistant plastic which further reduces the overall weight of the shoe to around 200g in total.

As you might expect, the pattern we saw with the LZR suit repeated. Nike’s new Vaporflys were so prevalent on the podium that it seemed like anyone not sponsored by Nike was running at a disadvantage. Moving quickly, World Athletics introduced new rulings in relation to footwear. The rulings stated that: soles must be no thicker than 40mm, shoes must not contain more than one rigid embedded plate or blade (of any material) and for spiked shoes, an additional plate or other mechanism is permitted, but only for the purpose of attaching the spikes to the sole, and the sole must be no thicker than 30mm.

Following the announcement, Nike pencilled in the release of a new line of shoes, the Nike Air Zoom Alphafly NEXT%, due for release on the 29th of February 2020. A line of 3 further running shoes and a pair of running spikes were also announced – all of which fall within the new regulations with a sole size of 39.5mm. But we can be certain that their designers are now looking for the next competitive edge that will force regulators to respond again.

The introduction of new rulings which limit an athlete’s equipment are often contentious. Straight off the bat, it seems unfair to judge an athlete – whose life is entirely dedicated to squeezing every last millisecond out of their running, swimming, or cycling – for wanting to use the best garments and footwear the world has to offer. And by the same logic, banning new innovations could lead to a stunting of development and innovation within the clothing and footwear industry – effectively punishing companies for looking towards the future.

On the other hand, the sponsor-driven nature of sport means that athletes often cannot pick from the best the open market has to offer, leading to an uneven playing field. Adidas, for instance has its own boost technology popularised by the Ultraboost and their new 4D printed line of shoes, but they are still a step behind Nike when it comes to the professional running world. So is it fair that the athletes they sponsor should suffer?

Either way, the constant pursuit of technical innovation has another hidden downside: disposability. While companies continue to innovate in terms of style and functionality, could more be done to introduce innovations in sustainable production at the same time? Take the Puma evoSPEED Sl FG: an unfortunate example of innovation gone wrong. This pair of soccer boots costs as much as any other but due to their extremely thin and lightweight design – which arguably improves performance – it is recommended that they are worn for no more than 10 games, after which they become unwearable due to damage and general wear. Are they being recycled afterwards?

The evoSPEED Sl FG boots are not the sole culprits, either. Nike’s move away from its more sustainable Flyknit upper to a plastic-based alternative (which does not currently appear to be sourced from recycled ocean plastic or an alternative) is an example of why it is important that companies do not pursue the new frontier of performance to such a degree that they ignore the most pressing issues facing us today.

33D - Technical
Read More
In the first instalment of a five-part series, Mark Harrop looks at material scanning - the first logical step towards digital product creation.
LLuxury
Read More
A digital avatar can currently tell you what a piece of clothing looks like on something your shape, but not on something that actually looks like you. What next?
33D - Technical
Read More
Like any new technology, digital product creation steps into existing creative tensions it can ease, but can potentially introduce its own.
OOpinion
Read More
As fashion hands off more decisions and automates more experiences using AI, bias is becoming ingrained. But the industry has a chance to fix it - and support inclusivity - if it acts now.
eeCommerce - Storefront
Read More
The explosion of eCommerce has been accelerated by COVID, as retailers and DTC brands figure out how to recreate and enhance the physical shopping experience in a world where digital channels dominate.
FFashion Technology News
Read More
The Interline rounds up the most vital talking points from across the fashion tech landscape. This week, retailers must shoulder the burden of their employees' health and make tough decisions on discounting, while Optitex is acquired.