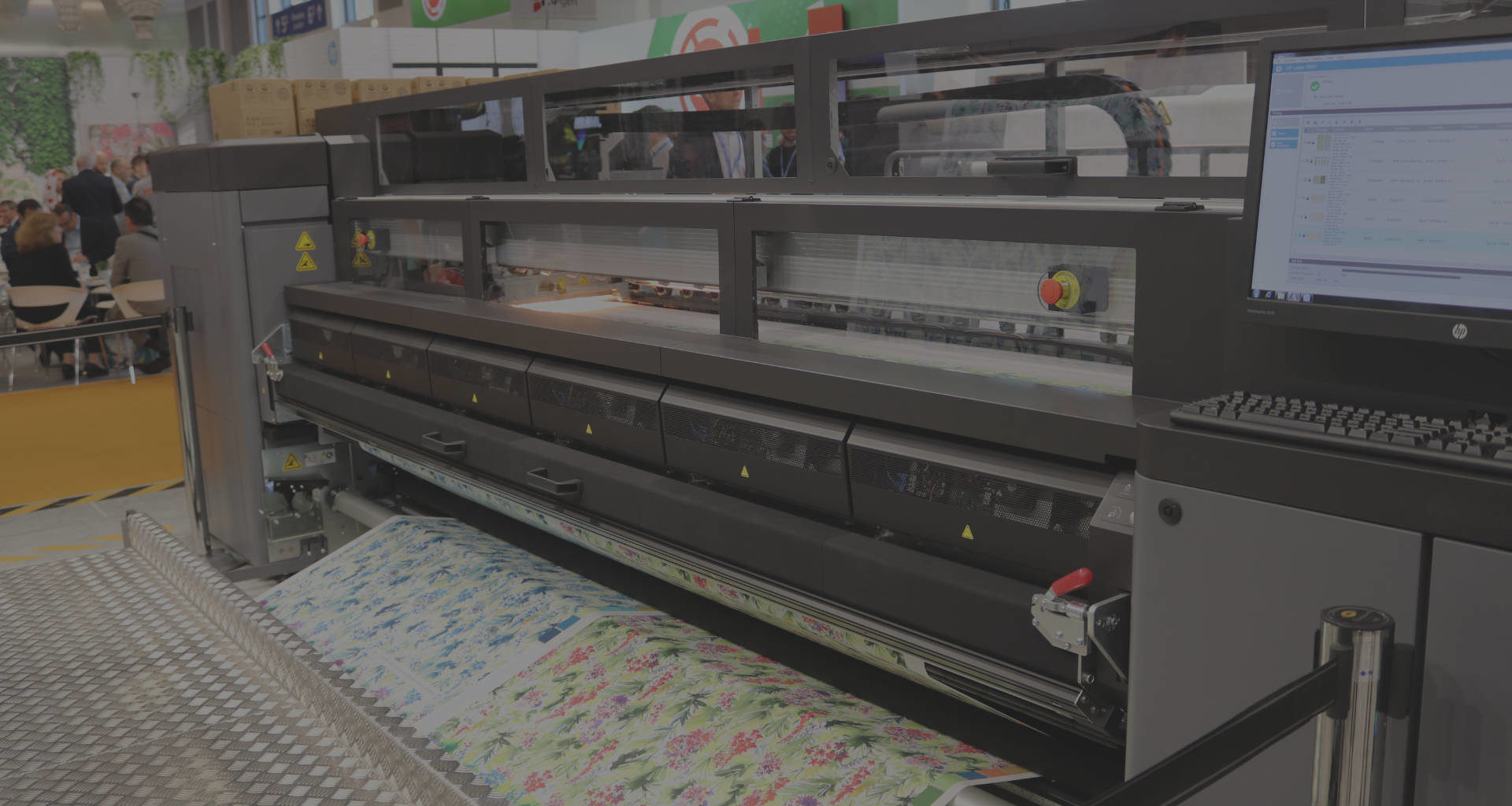 Apparel production has a reputation for being slow and environmentally unsound. Digital printing and production colour management could offer a different way.

The fashion apparel industry has, for a number of years, struggled with two perennial problems; extremely long lead times and negative ecological impact.

The move to offshore sourcing which many large design and retail groups made several decades ago, reduced direct labour costs dramatically, but came with a host of less desirable side effects including substantially extended lead times, consequently higher stockholding and dormancy costs and an increased carbon footprint due to increased distances between manufacturing locations and point of sale. In the case of printed garments, these problems were compounded by primitive methods of communication between designers and producers.

Typically (there have always been some noteworthy exceptions) the industry worked on the basis that the design/brand owner/ specifier/ purchase team created and coloured a beautiful print design, often from hand painted artwork, using generic software applications. These were then printed (often on paper) on a small digital printer. After a few attempts (because what came off the printer rarely matched what was displayed on the monitor/screen of the computer), the resultant print became the ‘approved target’ which was then sent to remote printing mills. Because the ‘target’ had been created in a purely digital/virtual environment which took no account of the physical characteristics and limitations of the inks and dyes which would be used in production, the fabric to be used, or the printing press itself, production mills typically struggled to get somewhere close to it by means of a costly and time consuming process of trial and error. Needless to say, this involved further extension of lead times together with substantial amounts of additional waste in terms of fabric sent to landfill and pollutants jettisoned in waterways.

None of the above, of course, will be news to fashion brand and retail owners. They were already acutely aware of the financial disadvantages of the offshore sourcing model (lower unit costs offset by high stockholding and dormancy costs and potential sales lost due long lead times). In the past few years the environmental lobby has also forced them to face up to, and start to take responsibility for, ecological and waste considerations which had too often been regarded as ‘the supplier’s problem’ in a market dominated by large multinational buyers. Until now, however, cost has proved an immoveable obstacle to any major change in the business and sourcing models of most big players. ‘Re or On shoring’ printed fabric production was practically impossible due to the absence of printing mills in Europe and N.America (many of which went to the wall in the final decades of the twentieth century) combined with costs perceived to be significantly higher than those obtainable in new and emerging markets.

The combination of two new digital technologies now offers a genuine opportunity for change. The first of these is digital textile printing. This has now ‘come of age’ in that most types of fabric can now be printed with acid, reactive, or pigment based inks and dyes at speeds and volumes which definitely put them into the category of ‘industrial production’ rather than ‘sampling machines’. Digital printers have lower environmental impact and infrastructural requirements than their analogue (usually rotary screen) counterparts and can sensibly be located in small production units close to the point of demand. Unit costs, although typically still substantially higher than those obtainable from traditional printing mills in the Far East, have reduced considerably.

The second technology is the one which, for the first time, makes the use of some digital printing a viable option for many fashion retail businesses. Specialist textile print design and production colour management (PCM) software now allows designers and colourists to work, from the moment of inception of a print design, within a realistic production environment which can embrace both digital and analogue printing technologies.

As well as providing the numerous productivity advantages during the process of putting designs into repeat, colour separating and re-colouring which come with software developed in consultation with customers specifically for the decorative print industry, such software models the analogue production process for a chosen combination of machinery, inks or dyes and fabric, taking into account the unique overprinting and tonal breakdown characteristics of that combination, and then makes digital displays (monitor) and prints (potentially on a number of different digital printers) represent the predicted analogue output. Where this is not possible, due to colours being out of gamut on a particular digital device, this is clearly shown.

The main determinant of the accuracy of the analogue print prediction using PCM is the reliability and repeatability of the analogue production process: Clearly if a different production press is used, or there are variations between batches of what should be the ‘same’ fabric, or inks and dyes are inaccurately mixed, what comes off the analogue press on first time ‘blind’ printing of a digital target will not match perfectly. The key here, however, is that it will still be much closer than it would have been without production modelling software and, furthermore, the production press operator knows that the target will be achievable with fairly minor on press adjustments.

Every design, supply chain and approval process is different but, to attempt to put the above into some sort of quantifiable context: In an ideal production print environment (for example gravure printing of laminate flooring where similar product lines are sometimes produced on the same substrates and presses for several years) the average number of ‘pulls’ or attempts required to obtain an acceptable match on the analogue press to the digital target can be lower than two. In a busy textile mill dealing with multiple substrates and a variety of machinery, a realistic objective might be to reduce this number from 12 to 4. Not ideal, but this still represents a reduction of two thirds in waste and potentially several days in lead time

The beauty of PCM technology is that using it means that the digital/analogue decision ceases to be a binary either/or option. Matching digital and analogue prints enables samples to be digitally printed followed by short ‘market tester’ product runs for selected designs and colourways. Large volume items can then be sent offshore for analogue printing while others might be digitally printed closer to the market. At the other end of the product life cycle, stockouts of analogue production can be supplemented by small digital runs rather than simply accepted as lost sales. Such flexibility would substantially reduce stock levels and dormancy costs for most apparel businesses.

Unlike generic software, which users tend to ‘work out as they go along’ and, using which, three different operators will attempt to solve the same problem in completely different ways, the successful use of Production Colour Management (PCM) software requires a certain amount of standardisation and training. The good news is that training and unlimited support from a team of industry experts are usually supplied free of charge with the software. Becoming more technically skilled and aware can be a powerful motivator for employees and lead to lower staff turnover.

Clearly PCM isn’t the answer to all of the difficulties and challenges faced by the apparel industry. This article addresses only a particular set of problems associated with managing the design and production of printed fabric. This still leaves, for example, the problem/cost  of garment assembly which is presumed to be higher onshore than off. Garment assembly is not a subject on which the writer professes any detailed knowledge but, if printed fabrics can effectively be sourced on demand on a ‘just in time’ basis , I wonder how long it will be before somebody starts giving serious consideration to supplementing bulk production offshore with some finishing capacity closer to the market place. Such a strategy would have obvious costs but the potential benefits of increased sales (due to wider and more market responsive product offering) and reduced stockholding and dormancy (the direct consequence of reduced lead times) reduced ecological impact and the PR value of generating jobs in the home market, might, for some businesses, now outweigh those costs.

Nick Langford is the owner and CEO of the AVA CAD/CAM Group.

MMaterial Innovation
Read More
As fashion moves further into digital product creation, digital materials are increasingly in the spotlight. But creating them has been a more complex, time-consuming process than most designers can afford. Machine learning could be about to change all that.
DDigital Materials
Read More
Building a digital product creation workflow relies on digital materials that behave identically to their physical counterparts. The technologies are in place to make this happen, but as an industry we still need to slot the pieces together.
FFactories Of The Future
Read More
In light of constant supply chain scandals and the need to control cost, quality, and speed in an uncertain world, the factory of the future isn’t just a possibility for tomorrow – it’s a necessity today.
FFactories Of The Future
Read More
Fashion is facing change on a grander scale than anything in living memory. Now is its chance to move from the traditional supply model to a true demand chain.
DDigital Materials
Read More
Digital materials are essential to digital product creation, which means it's vital they're built with creative designers in mind. But what does that actually mean?
IInterviews
Read More
The Interline and Private White V.C. talk regional supply chains, 3D, where tradition meets technology, and how fashion is looking inward - in a good way.