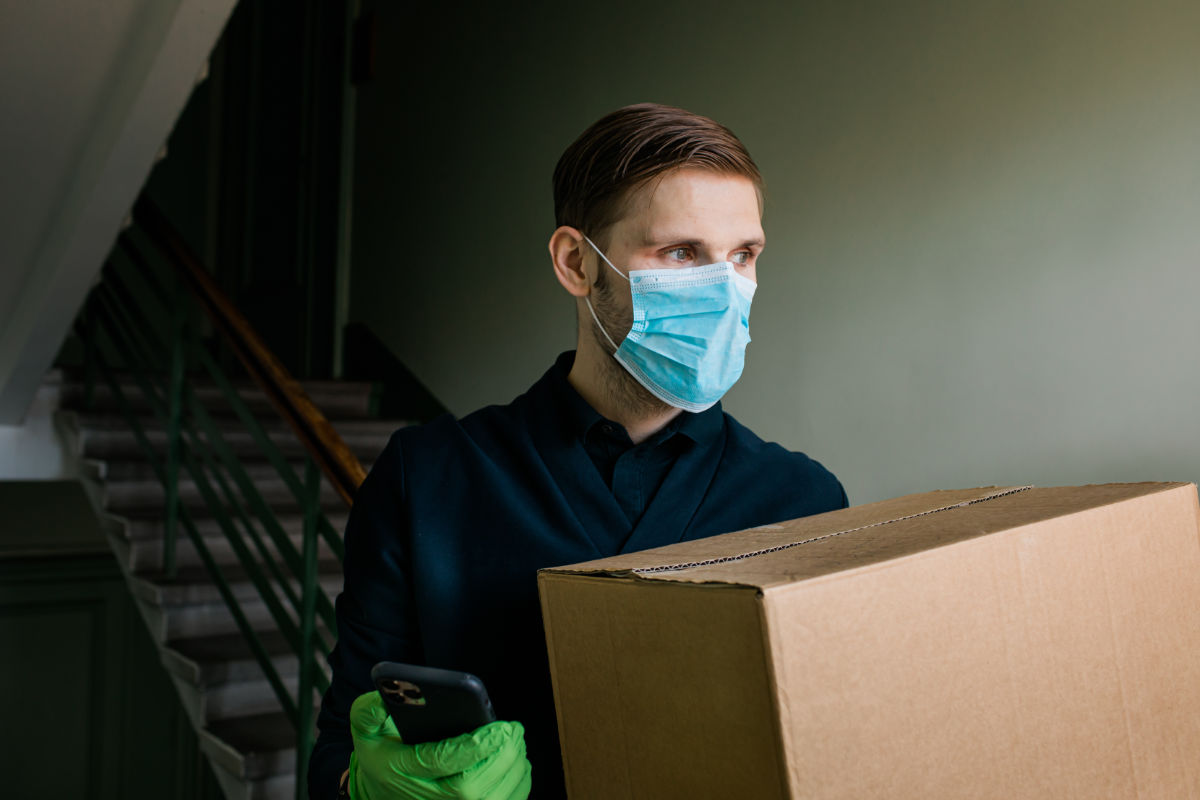 The Interline rounds up the most vital talking points from across the fashion tech landscape. This week, retailers must shoulder the burden of their employees’ health and make tough decisions on discounting, while Optitex is acquired.

For any economy to reopen, retailers must become custodians of their employees’ health.

Whether you believe the conversation is premature or not, you can’t ignore all the talk about reopening economies.

Economies, though, are not to be conflated with stock markets, which are likely the primary motivators for a lot of this discussion, as shareholders start getting twitchy in the wake of reduced or zero footfall across the retail sector – at least in the Western hemisphere. As complex as public businesses are, though, economies have a lot more moving parts, and many more “soft” factors – consumer confidence, inflation, purchasing power, life expectancy etc. – that govern their state of health.

In that context, it’s much easier to reopen a business, or a sector, or a trading floor, than it is to drag a shellshocked economy back into any semblance of normal operation.

Different proposals for bringing economies back to life vary country by country, but they all have one thing in common: they require healthy people to run them and participate in them. In the face of a global pandemic, that means keeping retail workers and shoppers from catching COVID-19. And that places a new burden on both retailers and brands; to secure their own futures, they need to take charge of the health of their workforces like never before.

This will alter the dynamics of the employer-to-employee relationship in the UK, Europe, Canada and other regions where healthcare is broadly free at the point of access. But it represents a much more significant change in the USA, where health insurance is often contingent on employment, and premiums could easily (and precipitously) rise for workers in at-risk, public-facing industries like retail – placing an even greater fiscal weight on business’s efforts to keep their employees from getting ill.

Here in the UK, the government’s mantra emphasises personal responsibility. “Stay at home. Protect the NHS. Save lives.” [The NHS is our nationalised health service – Editor] But sooner rather than later, as industries need to either start up again or shut down forever, that motto is going to need to evolve to embraced a shared effort between people and the companies they work for.

This week has been either promising or dystopian in this regard – depending on which angle you looked at it from.

First the good news. In the same week that UK high street chains Oasis and Warehouse both went into administration, and the IMF warned that a recession might just be the tip of the iceberg, UK retailer Next stood out as a bastion of caution – approaching a steady re-opening of its online store with admirable restraint and the health of its workers as a key priority.

In practice, this meant the eCommerce storefront stayed open for only a few hours – selling a limited selection of products – before being overwhelmed by demand and closing again until the following day. This pattern is likely to continue for a while, as the company figures out the optimum balance between the volume of orders it can process, and the safeguarding of its employees. But even this toe-in-the-water strategy is a positive step, as the existence of demand implies higher levels of consumer confidence than many would have expected, and Next’s willingness not to compromise on safety at a time when cashflow is paramount should be applauded.

Then we have Amazon, who have this week fired warehouse workers who tried to blow the whistle on its handling of workplace COVID-19 cases, and who have also this week been ordered by a French court to shut at least one warehouse to conduct a coronavirus-related health and safety impact assessment.

From an extreme cynic’s point of view, Amazon’s casual disregard for the welfare of its workers could be justified. After all, in a tough economy, picking orders and delivering packages is exactly the kind of low-skill work that the newly-employed will flock to, giving the retail giant an essentially inexhaustible supply of new recruits to fill in when the old ones get sick.

But putting those mercenary goggles on will be too much for most retailers to bear – and it’s a strategy that the public, galvanised to new heights of social awareness by the pandemic – will not look kindly on. Amazon might prove big enough to brush past the criticism, but smaller brands and retailers will not – meaning that following in Next’s footsteps, as painfully slow as they might seem, is a safer long-term strategy provided the business has the cash reserves to take things one step at a time.

Beyond the warehouses and distribution centres, though, looking after people is going to require fashion brands and retailers to rethink a lot of their product lifecycle processes. Last minute orders and mandatory overtime have become commonplace, and these will need to be replaced by more coordinated, conscientious ways of working as well as the replacement of the analogue links in the value chain that have allowed these issues to fall through the cracks.

We have not addressed the supply chain side of this duty of care here, because The Interline has an opinion piece and an accompanying interview scheduled for publication early next week that will tackle this topic head-on.

Can retailers clear inventory without lowering the discounting bar even further?

Retailers with stockrooms full of unsold, seasonal stock face a dilemma. When channels become available to them, do they attempt to sell ostensibly outdated styles at full price, or do they jump straight into discounting?

Neither strategy is without risk, and many of the routes to damage limitation are unavailable to retailers in the West. The Interline wrote last week about a Chinese brand that had adopted a grassroots approach to selling its remaining seasonal stock through WeChat – a route that Western business will struggle to replicate due to the lack of a single, seamless social commerce channel.

Instead, retailers here are being forced to stretch their existing tools – either extending already-extant promotions, or creating new edits aimed at the suddenly-massive work from home market, repurposing existing products and collections to seek new relevance.

The shifting of otherwise dead stock is, however, a temporary problem, and solving it this way could – as Marc Bain writes over at Quartz – make a longer-term issue much worse. Consumers have already been conditioned to wait for discounts, and a protracted period of even deeper discounting is likely to live long in shoppers’ memories.

For more on the behavioural and commercial science of discounting, EDITED (whose Market Analyst, Kayla Marci, we interviewed at the tail end of March) has produced a useful collection of metrics from across the industry.

In both the near and longer-term, market data is likely to become one of the most important weapons the industry can wield when it comes to figuring out how, when, and where to discount – as well as how to avoid the necessity of discounting at all.

Breaking: Optitex, a key player in 3D design and simulation, has changed hands.

Just two hours before this roundup was finalised, 3D technology vendor Optitex announced that it had been acquired by FOG Software Group, changing hands for the second time in four years. No purchase price was announced, although a joint press release touted a future of independent operation and “long-term business continuity”.

The Interline is currently focused on 3D, as our editorial calendar sees us covering the topic from both the technical and aesthetic sides. We aim to secure further comment from Optitex soon, allowing our readers to better understand its place in the competitive landscape of 3D design, simulation, and visualisation.